Bookshelf: Susan McBride and the Debs 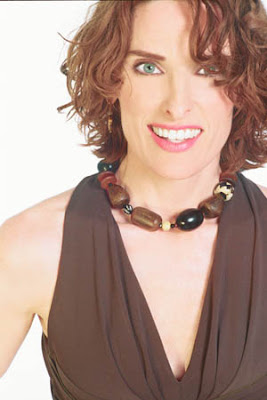 Susan McBride is the author of The Debs, the first in a new young adult series from Random House featuring four prep school seniors in Houston, Texas, during their debutante season. Love, Lies and Texas Dips will follow in June of 2009, and Susan has signed to pen two more Debs books. She has also written five Debutante Dropout Mysteries for HarperCollins/Avon. Once called "The Lou's Whodunit Queen" by Sauce Magazine in St. Louis, Susan was selected as one of the city's "top singles" in 2005 by St. Louis Magazine but is single no more. She tied the knot in late February of 2008.
-
INN: The girls in The Debs are all very different. Which one is most like you? (Not Jo Lynn, I think!)
-
SM: If I ever start acting like Jo Lynn, someone had better slap me! Jo Lynn’s motto is “win at all costs,” and she can be brutal. She’s very driven, that’s for sure, and I am, too. But that’s probably all we have in common. Honestly, I’m not like any one particular girl in THE DEBS, but I do share a few traits with Mac and Ginger. Like Mac, I love books, music and old movies. I’m a bit cynical, too, and wish that society weren’t so focused on outward appearance instead of inner beauty.
-
Ginger has my reddish hair and my desire to make the world a better place. I wish I had Laura’s boldness. While I’m not shy, I definitely wouldn’t be brave enough to do some of the things she does, particularly where Avery is concerned. I do like that Laura tries so hard to be comfortable with herself the way she is and not let people pressure her into becoming someone else. That takes guts.
-
INN: If your characters were all on a reality TV show, what would the name of the show be and what would be the prize?
-
SM: Hmm, how about “Survivor: Deb Island,” where the motto is “Out-shop, out-dress, out-lie”? Or maybe “Deb or Die,” which is kind of to the point. I mean, making the Glass Slipper Club’s debutante list is life or death, right?
-
So the prize would be debuting in a custom-made Vera Wang ball-gown and plenty of bling from Tiffany, like an understated diamond tiara. Oh, yeah, and getting escorted to the ball by Chase Crawford or Johnny Depp.
-
INN: Where's your favorite place to write?
-
SM: I have a writing room in the house (it feels weird to call it an “office,” although I guess it is). The walls are painted a deep burnt orange color called Cayenne Pepper. My desk is an old dining room table that I found at an antiques mall in Dallas, and I’ve got a completely un-ergonomic chair that’s faux French with caning in the back (and ripped upholstery—but it’s being reupholstered soon!).
-
My fold-down treadmill is in here, as is a big file cabinet that looks like stacked suitcases. I have a few framed posters from book signings, and a bookcase with glass doors. It’s really comfortable and functional, and it’s hard for me to write anywhere else. Though I do take my laptop on the road occasionally and try to write. I’m just not good at concentrating when there are too many distractions!
-
INN: What are you reading right now?
-
SM: I’ve just started Kate Brian’s Confessions after finishing up Libba Bray’s Rebel Angels. After Confessions comes Stephanie Meyer’s New Moon. Yes, I’ve become addicted to those series! There are so many wonderful, engaging books in YA. Going to the bookstore and trying to pick out what I’m going to read next is like being a kid in a candy store. Love it!
-
INN: What can you tell us about Love, Lies and Texas Dips?
-
SM: If I say too much, I’m going to spoil some of the twists in The Debs. Suffice it to say, it picks up where The Debs leaves off, and we get to follow Jo Lynn, Laura, Mac and Ginger as they (hopefully) take a few steps further into their debutante season. One of the minor characters in The Debs becomes a bigger player, and new crushes develop as hearts get shredded. Isn’t that always the way?
-
Maybe I’m biased (okay, I am), but I think Love, Lies and Texas Dips is even better than The Debs. There’s just a lot going on, and it moves really fast…and I can hardly wait until June of 2009 so y’all can read it!
-
INN: Any advice for teen writers?
-
SM: Just read as much as possible in all genres. Write as often as you can, whether it’s doing short stories or keeping a journal. Experiment with your writing, too, always challenging yourself to go one step farther. Blogging is a great way to express yourself and connect with other writers, just be careful of how much personal information you share. You need to keep something for yourself (and for your novels!).
-
Don’t be afraid to take chances, and remember there are no rules. What makes a story sell is its unique voice, which is something only you can bring. Oh, yeah, and never give up. Unless you’re well-connected (like, your dad is Stephen King or your mom is J.K. Rowling), it can be hard to break in. Persistence and luck are as important as talent. Hope that helps!
-
Thank you so much, Susan!
-
Visit Susan's awesome website at http://www.susanmcbride.com/ and buy The Debs here http://www.amazon.com/Debs-Susan-McBride/dp/0385735197. I really liked this book (see my review last week) and if you're fond of intelligent-fun-reads-in-hilarious-and-sweet-situations, you will too.
Posted by Gabrielle at 7:05 AM