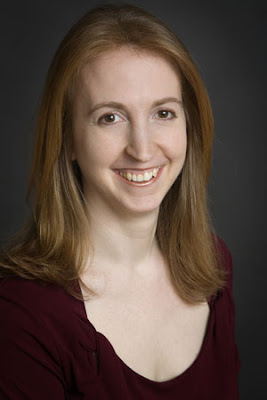 Daphne Grab grew up in Rhinebeck, New York and attended Bard College, studying history. She's worked in Colombia, taught ESL in China and history in LA, and received an MFA in Creative Writing from The New School. Her debut novel, Alive and Well in Prague, New York, was released in May 2008 to wonderful reviews. - http://www.daphnegrab.com/

INN: Alive and Well in Prague, New York is such an unusual (and awesome!) title. Did you have this title in your mind as you began writing the book, or was it a last-minute suggestion?
DG: I am terrible at thinking up titles, in fact for my second book a friend’s husband is the one who came up with the title Halftime. But for Prague the title came to me before the book. I had this idea of best friends signing their emails in creative ways and suddenly the title popped into my mind. Originally I wanted it to be Matisse Osgood, Alive and Well in Prague, New York, but my editor thought it was too long and, as was the case with most things, she was right.
INN: Matisse deals with several serious challenges that other teenagers find, including moving to a new town in the middle of high school. Did you ever move as a teenager?
DG: I lived in the same small town until I went to college but I did change schools when I went to high school. My mom taught at a boarding school and I got to go for free which was awesome. It was really hard to leave my friends and the boarding school was another world. Kids there were about a thousand times more sophisticated than I was and I remember one senior said I was so innocent I was like a child of the sun. I think it was also that I skipped eighth grade so I was younger than everyone. But I wanted to write about that experience of being immersed in a whole social setting that is completely different from all past experience.
INN: If Matisse was a real person that you could take anywhere in the world, where would the two of you go and why?
DG: Hm, I think we’d have to hang out right here in NYC. Matisse could take me to all the cool places she shops and the fun restaurants where she hangs out with her city friends. I’ve lived in NYC for ten years but I’ll never know it the way a native like Matisse does!
INN: What was the most difficult part of writing Alive and Well?
DG: The rewriting. I pumped out a first draft quickly but it needed a ton of work and it was so hard to do. Major revisions are like surgery: you pull out an organ, put in a new one and then have to make sure each little vein and tendon attaches back up so smoothly you’d never know the surgery took place.

INN: How did you break into publication?
DG: I had a teacher at my MFA program bring in her editor to look at subs from our class and the editor liked mine. It can take ages for a story to fall into the right hands, those of an editor who will love it and help it reach it’s full potential, and to have it happen with the first editor who saw it is extremely good luck.
INN: Any advice for teen writers?
DG: Two things: work as hard as you can on your story, revising and revising until it’s as good as you can possibly make it. Then show it to other writers and stay as open as you can to their critique. Make the changes that resonate with you (and be honest- no story is perfect and good critique will make you a better writer if you can listen to it) and then get an agent. It’s so important to have an agent to handle the business side of your relationship with your publishing house and a good agent will nurture your whole career.
Thank you so much, Daphne! Visit Daphne's website at www.daphnegrab.com, and watch for her blog on our Author's Blogroll!
Posted by Gabrielle at 7:19 AM